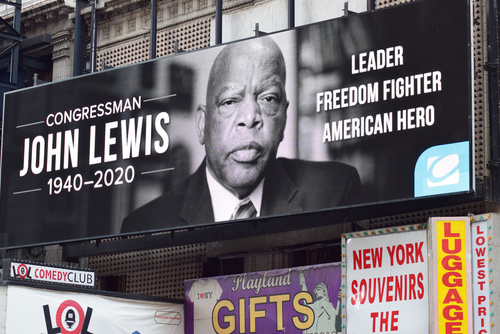 Last week, on July 17, 2020, our nation lost a civil rights legend, and the structured settlements industry lost its strongest and one of the most effective champions on Capitol Hill.

John Lewis (1940-2020) was first elected to Congress in 1986 and spent much of his long career serving in the U.S. House of Representatives. He joined more than 50 Congressional Caucuses and organized and served as the Chairmen of the Congressional Structured Settlements Caucus.

Congressman Lewis was once quoted saying:

“Structured settlements enable an injured person and his or her family to live their lives, with economic security, guaranteed payments, confidence in the future and dignity. What could be more valuable and important than that?”

On March 14, 2014, John Lewis launched the Congressional Structured Settlements Caucus and once again emphasized the importance of structured settlements. He was also a courageous warrior for civil rights and helped organize the 1963 March on Washington to the Edmund Pettus Bridge in Selma, Alabama, joining 10 speakers including Dr. Martin Luther King.

Congressman Lewis’ Work with the NSSTA

Additionally, Congressman Lewis spoke at several events for the National Structured Settlements Trade Association® (NSSTA) during his 80 impactful and transformative years on earth.

His moving remarks from the 2012 NSSTA Annual Meeting are available here.

One of the best ways to honor the legacy of this “formidable and transformational leader” is to speak out against injustice and take advantage of structured settlements.

Structures is pleased to remember one of our heroes, Congressman John Lewis. Thank you for your time.